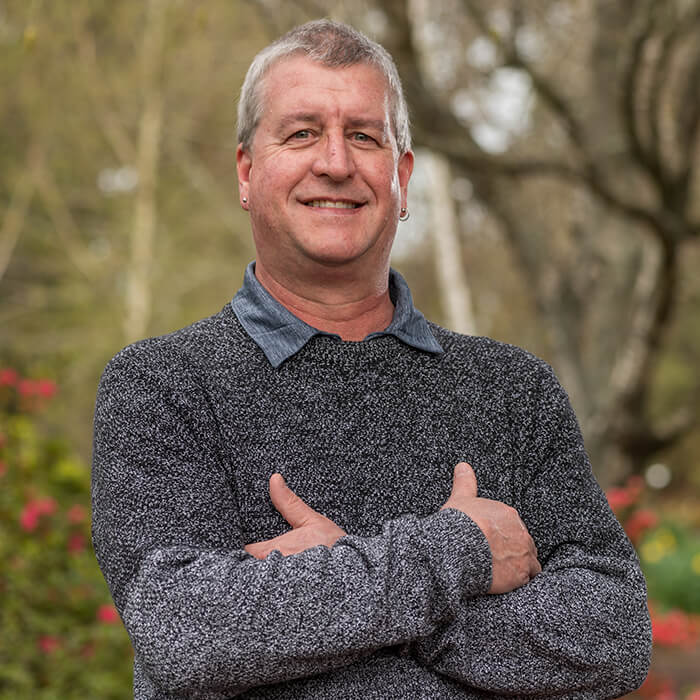 Rick first experienced mental health challenges when he was 28 years old. Following several involuntary hospitalisations, he was diagnosed with schizophrenia.

It was devastating. I didn’t understand the illness … I lost all hope of being well.

After his diagnosis, Rick became clinically depressed and suicidal. He credits his mum with the fact that he is still here today, saying she played an important role in supporting him throughout his treatment.

She went beyond and above what I thought possible.

I look back now … there was no carer’s network when she was supporting me.

Support also came directly from Rick’s community after a friend of his mum’s told members of the local cricket club about his situation. Rick believes the community at the cricket club was critical to his recovery.

They ended up coming and picking me up every Saturday to take me to the cricket. The first season I was so unwell and couldn’t play, so they sat me behind the bar and the only thing I said was ‘$2.50 thanks’, every time I sold a beer … We still laugh about that today, and about how far I’ve come.

the cricket club has taken their learning out of my experience which has helped raise awareness. It has been really powerful … now people are able to talk about issues they are facing without feeling as though they are going through things alone and keep things hidden like I did.

Rick is now a peer worker at a mental health service in Ballarat. He sees his story as a powerful message to share with others to inspire them, demonstrating that ‘anything is possible’.

The fact that I’m here … kicking these goals and doing what I’m doing now … is a testimony to what recovery is about, and it’s the gold standard of how life can change.

Rick is a strong advocate of the importance of peer workers to support recovery. He describes an immediate bond and shared understanding that peer workers can develop from the outset.

For me, at the point at which I had lost all hope and saw no future for myself, if a peer worker had said to me, ‘actually I was in your shoes twenty years ago and I had no hope and I never thought I would have a job or a partner and I do have these things now’, I think my recovery might have begun sooner.