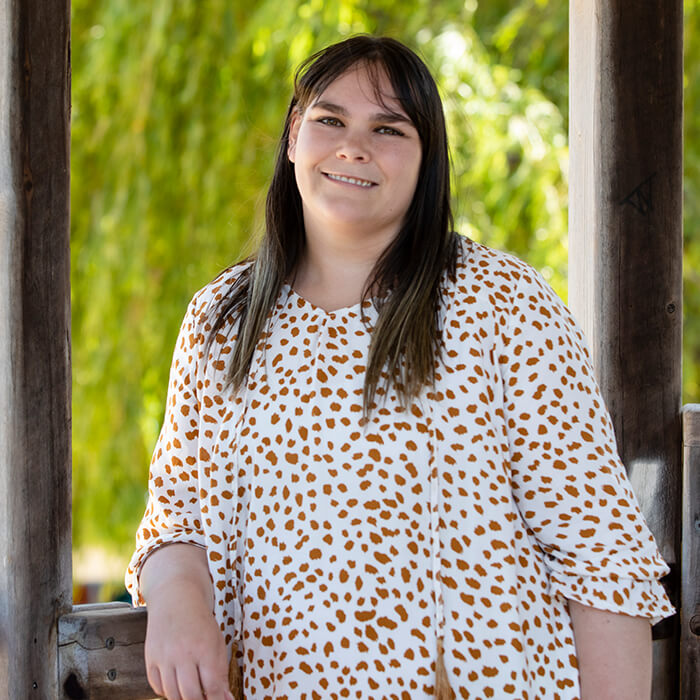 From the age of 18, Pru experienced severe anxiety and depression. Pru said she became suicidal and made three separate attempts on her life during a 12‑month period. After the second attempt she saw a private psychiatrist and began medication.

I felt that the medication made me almost numb, I still felt distress on the inside, but I couldn’t express it on the outside. I used to ask my friends to try and make me cry because I desperately wanted to cry and I couldn’t.

Pru felt like no one listened when she told them the medication was not working for her.

I started to think I was crazy because I was blacking out all the time and nobody was really believing me.

Pru said she does not recall her third suicide attempt, after which she was admitted to a private inpatient unit. During her stay in the unit she stopped taking her medication.

I just refused to take them. The psychiatrist did try to get me back on them, explaining that I need to wean off them for my health. But at this point, I just didn’t trust them and I was really scared of the medication. I was convinced it was the reason that I blacked out and tried to take my life. They all just kept telling me that’s not how it is, and I was like that’s how I feel it is.

A few years later, Pru said, she began to experience symptoms of depression again. Her psychologist suggested she speak to her GP, whom she trusted, about medication. This time, her experience was more positive.

I was quite hesitant because of my experience when I was younger. I expressed to my GP that I was really afraid of side effects and was worried that I’d get pressure to stay on them. She really heard my concerns. She said that we could try a different medication from last time and explained to me actually how the medications work, which I found really helpful.

Pru added that her GP and psychologist worked closely together but were fully transparent in their communication about her.

If they sent letters to each other, they would both let me proof read to check that it was true to my experience.

Pru found her second experience with medication much more positive than the first. She said it helped her ‘get out of bed and get motivated’ and attend her psychologist appointments, and ultimately come off the medication.

As someone who experienced mental health challenges as a young adult, Pru initially chose not to involve her parents. Pru believes that young people should have access to GPs in schools who can assist them to seek mental health support.

Pru is now a peer work team leader at a Melbourne hospital, where she has access to both clinical management and external lived‑experience support. Pru thinks it is important for peer workers to have managers with lived experience, who can understand their experiences and reduce the risk of stigma in the workplace.