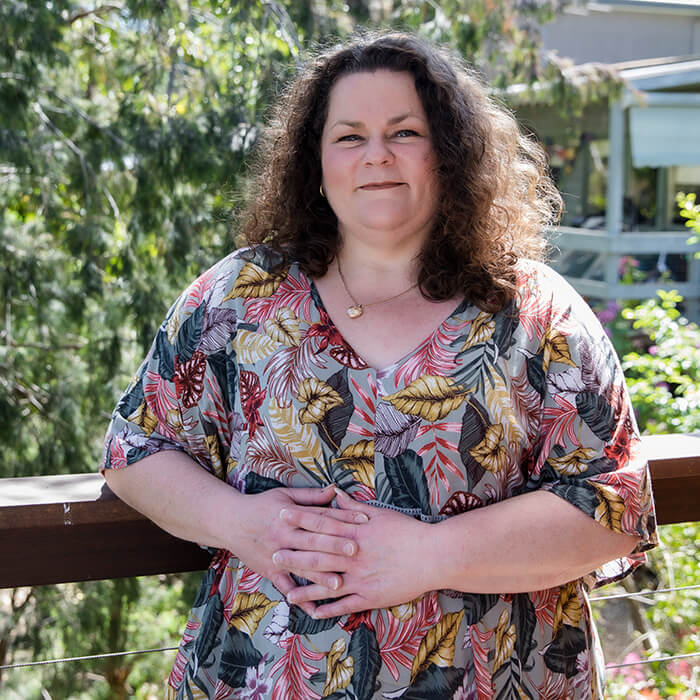 Julie lost her partner, Steve, to suicide following a decline in his mental health after a workplace accident.

A week before Steve died, Julie said she noticed a significant change in his behaviour and sought help through Steve’s GP.

Steve was pulling his hair out in chunks and he stopped eating. He wouldn’t sleep. His behaviour changed completely and I had no experience with dealing with this before so I made an appointment for Steve to see his GP. Steve had a great relationship with his GP, who could see he was not well.

Steve’s GP made a follow‑up appointment a few days later and provided some information about other services, but his GP was not local and they found that Steve was out of catchment for many of the services.

A few days later Julie said she knew Steve ‘was not right’ and called an ambulance. Julie felt her concerns were dismissed by clinicians in the emergency department and by the Crisis Assessment and Treatment Team that visited Steve the following day.

I was literally begging them saying, ‘he’s not right, I’m really concerned about him.’ And I’ll never ever forget this, she turned around and said to me, ‘he says he is fine. I’m worried about you’.

Julie would like to see a mental health system with a more collaborative approach, where family members’ opinions are recognised and heard.

I initially had one‑on‑one counselling, and that was fantastic. They came out to my area to see me so I only had to drive five minutes away. It was targeted support because suicide grief is different; you’ve got guilt, you’ve got anger, you’ve got questions.

Julie said that it is critical that support is provided close to home. She attended some group sessions, but found that travelling to the groups was challenging.

It was hard enough to get up and get dressed, getting in the car and driving 45 minutes felt like climbing Mount Everest. It just seemed an almost impossible task. I found the long drive home to an empty house was more distressing than any support I got at the group.

Julie spoke of the importance of support being consistent, reliable and not time‑limited to provide some certainty ‘when your whole world has been turned upside down’.

Everybody grieves differently and everyone takes different amounts of time. It is good to know the support is open ended. I was also seeing the same person. I think that’s really important, to be able to build a relationship with someone and not have to be re‑explaining yourself over and over again.

Julie also said she was happy with the support she received from the police, but noted that it would also have been helpful to have been given an explanation of the process with both the coroner and the police.

No one explained to me that in one or two months, the police will ring you and you’ll need to go in and do an interview.

The police woman who attended on the day and when I went in to do the police interview was fantastic. She actually called me a couple of times afterwards to check in.