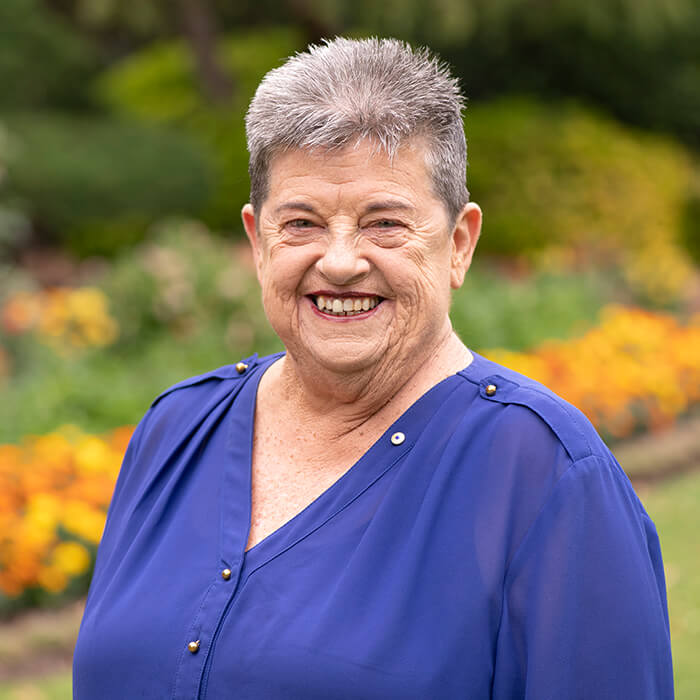 In 1996 Janet published a book as part of her research findings: Partnership or Pretence: a handbook of empowerment and self‑advocacy for consumers of psychiatric services and those who provide or plan those services. Her goal for the book was to ensure those who have used services ‘have input regarding all aspects of service delivery, policymaking and any issues that affect their quality of life’.

People using services need to learn to work in partnership with mental health bureaucrats, professionals and service providers through an empowerment and self‑advocacy process. Partnership or Pretence advocates for genuine partnership in all undertakings, and aims to equip people with the tools to make a genuine partnership a reality.

Janet has provided a lived experience voice in many roles, including government decision making and planning, such as when she was a National Mental Health Commissioner. She describes the need for active participation of consumers in the mental health system.

A new service framework and strategy must overtly move beyond focusing on beds, acute care and clinical services and move on to include non‑government/community services across all sectors, including peer and family workers.

Janet reflected that a turning point in her work was in 1993, when the Human Rights and Equal Opportunity Commission released the Report of the National Inquiry into the Human Rights of People with Mental Illness.

this was the first time people who’d been through a service, through an experience, actually got to articulate it and have it heard.

it helped empower the consumer and was the start of the consumer movement in Australia; to have that report produced and mental health service reform commenced on the back of that. We now have the National Mental Health Strategy, for instance, which came out of that process, and our lived experience voices started to be, not only valued and heard, but there was a demand that we could now have that there couldn’t be nothing about us without us.

With her work continuing over many decades Janet was recognised in 2017 with the Australian Mental Health Prize. Before this, in 1996, she was awarded Member of the Order of Australia (AM) ‘for service as an advocate for people with mental illness and psychiatric disability’. Janet said the consumer movement is active and making an impact, but more change is needed.

We are not passive. We will no longer receive. We participate, and you can’t take us back 40 years to when we were passive. There is no passivity anymore or into the future, and I think this is where the problem with mental health services lies at the present, that they expect us to be passive, they expect us to have a docile view … They do not expect us to be intelligent participants in their own service or planning for service, and I think that has to change …

Janet reflected that the lived experience workforce has transformed mental health services and is vital to the system.

we’ve now developed ways of service provision that includes people whose lived experience is an important and integral part of their role, and I’ve been very proud to be part of the blooming of that type of service provision, and I say that peer work is probably the most revolutionary thing that’s happening in mental health at the present time.

Janet has been an important part of the reform over the past few decades as a consumer leader and advocate and is a role model to many.

I have become a person who now lives a full and rewarding life. I am now able to contribute at the highest levels of government and to state, national and international mental health movements with enthusiasm and vigour. In this work I have lobbied for enhanced recognition and respect for those people across the world who live with mental health issues or emotional distress.