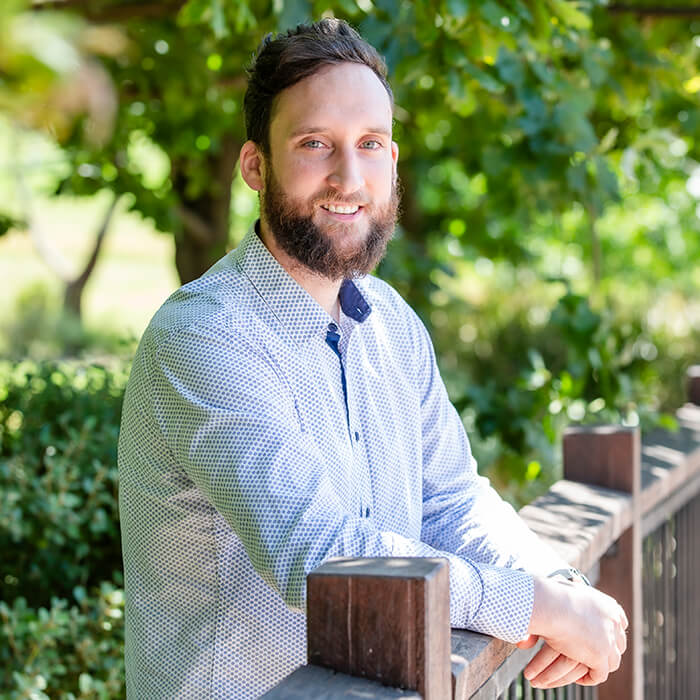 Dr Kieran Allen first experienced mental health challenges and recurrent mood episodes during adolescence, but he started becoming more unwell during his time at university while studying medicine. Kieran reflected on the self‑stigma that came with talking about his lived experience as a psychiatric trainee.

I didn’t want to talk about it because I felt ashamed of having a mental illness.

The biggest challenge was from myself—and it was about fear—fear about how people would react. Would they accept my illness without pre‑judging my capability or safety? This fear prevented me from being open.

Initially Kieran tried to keep his professional life as a psychiatry registrar and his personal life separate. But, this created a divide that eventually led to another period of poor mental health. After this time, Kieran said he made a critical decision to be more open about his experiences so he did not need to ‘pretend’ at work and could be more authentic.

I initially opened up to a wellbeing officer who was wonderful and supportive. Then I started opening up to senior staff who were very understanding and now I’m fully open across the board.

Kieran explained that this process took a number of years and was difficult and confronting. He emphasised the importance of his workplace and colleagues being incredibly supportive and proactive in promoting awareness of clinicians with lived experience of mental illness.

Kieran said that while he chooses not to share his personal experience with patients in clinical contexts, his lived experience informs his practice and has helped him become a more skilled and empathetic clinician.

It gives me an insight into the little things people value that might be missed.

Since sharing his lived experience, Kieran said he has had a lot of clinical professionals share their own personal stories with him. He said while this was not an intended outcome, he is proud his openness is helping others.

I have found it has added to my skillset as a clinician and meant that I can bring a different perspective to my work … to help my colleagues to see how our patients are experiencing things in a unique way and to challenge some of the pre‑existing ideas that might be underlying their beliefs toward patients.

Kieran was clear that his role as a psychiatry registrar is different from a professional working in a designated lived experience role. He said there is a need to move beyond unhelpful distinctions that can exist between ‘clinical professionals’ and ‘those with lived experience’. He thinks there is an opportunity to break down these barriers, but it needs to start from the top.

I hope in the future we are able to talk about things as if they’re just another medical condition and without that stigma that we continue to perpetuate, particularly in the mental health professions.

Kieran is also hopeful that consumers, families, carers and supporters can be part of this paradigm shift, by being given the opportunity to say they would like to be treated by mental health professionals who have lived experience of mental illness.