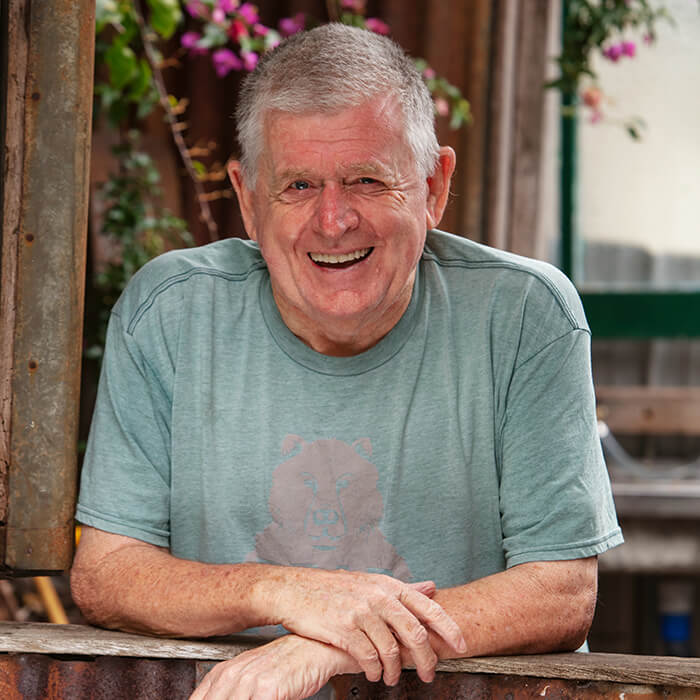 Douglas has over 24 years’ experience in the consumer workforce. He has held a variety of positions, including Consumer Participation Officer at St Vincent’s Hospital in Sydney, member of the New South Wales Consumer Advisory Group Mental Health Inc (now known as Being), and board director of Neami National.

He is the co‑founder and General Manager of MH‑worX, a consultancy that aims to ‘transform recovery practices in the mental health sector’.

Over the course of his career, Douglas has participated in many landmark projects, with a view to further embedding the views and perspectives of consumers across the mental health system. In 2001, Douglas co‑led a partnership between the NSW Consumer Advisory Group and the Centre for Mental Health, Ministry of Health (NSW).

The aim of the project was to identify or develop a measure and process to collect, collate, report and respond to consumers’ views of mental health services.

As part of the project, a tool was developed to measure and collect data from consumers on their experiences and perceptions of mental health services, with a view to drive quality improvement across services in New South Wales.

Douglas explained there were initial concerns from mental health professionals that the tool could be used as a ‘witch hunt’, where one consumer may complete multiple surveys to ‘make it seem like there was a bigger problem than there was’.

Douglas noted that following the involvement of mental health professionals in the process of distributing the survey and the associated controls, these concerns were alleviated and the results of the survey were used to improve service delivery.

We held statewide days where services would come in and demonstrate what they were doing, and I found that the Mental Health Directors became serious about the results and setting goals—they would establish their [key performance indicators] based on what the survey results said.

Following this, a national survey called the Your Experience of Service Survey (YES Survey) was developed to gather feedback from consumers of mental health services around Australia.

The YES Survey is designed to gather information from consumers about their experiences of care, and aims to help mental health services and consumers to work together to build better services.

For me, the YES Survey is a fundamental way in which the ‘contributing life’ approach is embedded into the way in which we can improve mental health services.

Douglas believes it is important to recognise and acknowledge the work and contribution of the consumer workforce. Douglas received an Order of Australia Medal in 2018 for raising awareness with respect to mental health, and an exceptional contribution award at the Mental Health Services Conference on 2014. Commenting on the receipt of these awards, Douglas said, ‘[t]hese initiatives all recognise the work of peer workers.’