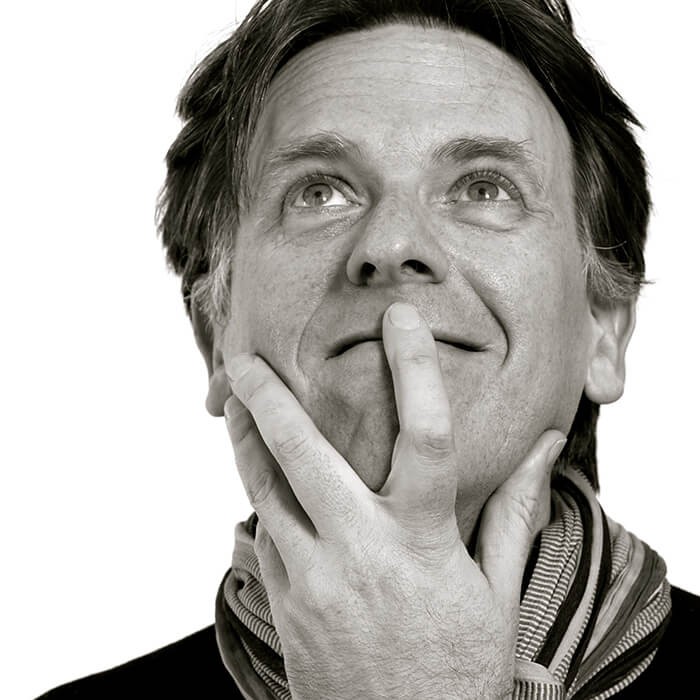 David uses the arts to inspire positive social change and creativity in business. He said he had experienced depression since childhood but had ‘stopped seeing it’. David’s second suicide attempt as a young adult led to him being admitted to a hospital and was a turning point for him because what he had been feeling was suddenly ‘out there’. He notes his time in hospital sowed the seeds for the many things he has done since.

I wouldn’t wish depression upon anybody, but the experience turned out to be very, very significant and helpful in unexpected ways. Magical stuff can happen in even the most difficult or odd circumstances.

David’s work now focuses on bridging the gap between the arts and business.

Performance is at the heart of mental stress at work, because performance is often synonymous with delivery. One of the reasons there’s so much mental stress and suffering in work life is that there is no rehearsal space. There is no legitimate time or place for people to get it wrong, to try different things.

Even in David’s own work he acknowledges there is performance.

That is the front stage me. The onstage me. What you don’t see and what I don’t often talk about … is what is in the back stage. My past experiences of despair have been a constant source of insight – a motor really – as I perform on the various stages of my life … but they’ve remained in my backstage.

David believes storytelling is a powerful medium to drive change and reduce stigma. Much of David’s work centres around the power of narrative.

At the personal level … the story you tell yourself about your past and your future has an enormous effect on your mental health and your general wellbeing.

The second level on which storytelling can drive change is the public level. It’s the story that organisations, institutions and governments tell about mental wellness. Just including these words in the daily currency of business makes it much more possible to talk about them.

David believes the most powerful example of using storytelling to reduce stigma is when leaders talk about their own mental health. David said that this can:

[broaden] the definition of what a leader is and should be: a feeling human, who experiences ups and downs.

David is also the co‑founder of Street Wisdom, a social enterprise that aims to connect people and their environment. Street Wisdom pushes the boundaries of engagement with community by teaching people to use their immediate environment to find inspiration.

Street wisdom is about creating an atmosphere of social cohesion … That the answer to our mental health—and our survival—is collective.

Street Wisdom offers ‘WalkShops’ in more than 70 countries (both in person and online), based on the idea that wisdom is all around us, if we know how to look for it. WalkShops take participants on a journey through the streets, based on principles of psychology, creativity, mindfulness and cognitive science. Guided by a ‘Street Leader’, participants ‘tune’: you awaken your senses. Second, you ‘ask’ yourself a question and wander the streets alone to find an answer and finally, come together to ‘share’ what you found. David said the key to answering some of our own questions is paying attention to our surroundings.

Where is our attention most of the time when we are walking around the streets? Our attention is inwards.

What we are saying at Street Wisdom is take your attention and put it out … we say it is the kind of school where you don’t pay fees, you pay attention.

David observed that people are more well when they feel like they belong to something. While each person takes an individual journey through the streets, their own journey connects them with others at the end, bringing a sense of social cohesion.