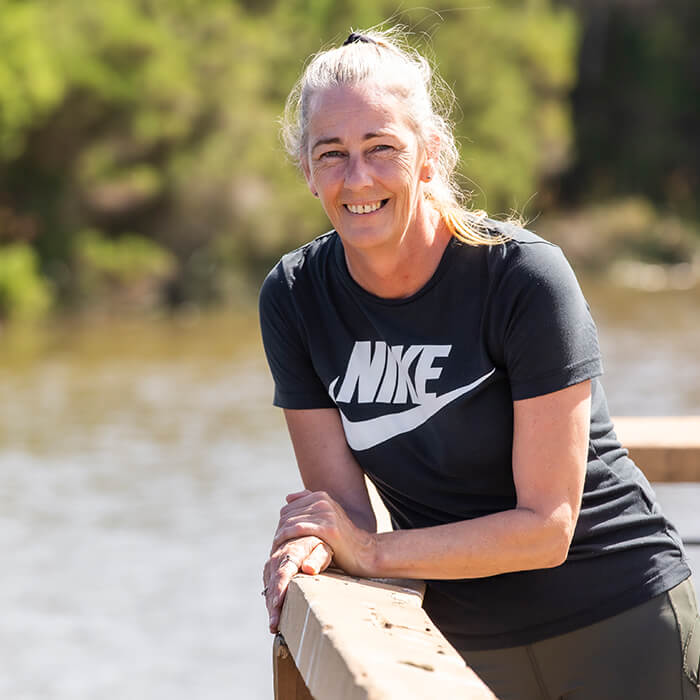 Barb said she is still unsure why she was given compulsory treatment. She thought she was going to hospital for a scan for her epilepsy but ‘ended up in a psychiatric ward’.

Following her discharge, Barb saw the Crisis Assessment and Treatment Team. She found this helpful because the counsellor took Barb’s disclosures about her experience with family violence seriously, but she was readmitted to hospital after approaching the police for assistance.

[The counsellor] kept asking me if I had been to the police and got a restraining order on my ex‑partner because that was one of the reasons that I’d gone into hospital in the first place—I’d just gone through a relationship breakdown. I had child support issues, a child support hearing going on, and I lost my job and it was Christmas time.

During her second admission, Barb was medicated against her will.

When I went back to hospital, they made me take medication, and most of the time this absolutely slammed me. The first admission I wasn’t on any medication. I told them: I’m not on any medication, I don’t need to be and they never put me on it … And [on the second admission] the hospital doctors made me take it. They were going to jab me if I didn’t take it. I was restrained until I took it. I didn’t know what was going on. It was horrible.

Barb believes that she should not have been put on a compulsory treatment order. She said it was a result of ‘everything that was happening in my life at the time, lots of stress and I was distressed’. Barb tried to get more information about her treatment order, but the hospital was unhelpful.

The hospital wasn’t giving me the information that I requested. I had to make a huge effort to get a copy of my order so I knew why they had placed me on the treatment order. It was a very involved and complicated process.

Barb’s journey in the mental health system has made her a strong advocate for herself and others. She has joined the Independent Mental Health Advocacy Consumer Advisory Group, has a Diploma in Community Services, and works as a disability support worker. She would like to become a peer worker.

people need to be listened to and treated like a human being … If someone had have listened to me, I would have been fine … They basically shut you down and shut you up.

In a future mental health and wellbeing system, Barb would like to see better crisis responses including alternatives to emergency departments, with more staff with lived experience.

[Emergency departments] are horrible environments and many of the mental health workers are under‑skilled.

There should be places for people to go where they are having breakdowns. Mental health care should be taken out of hospitals so that these can be places of care and healing.