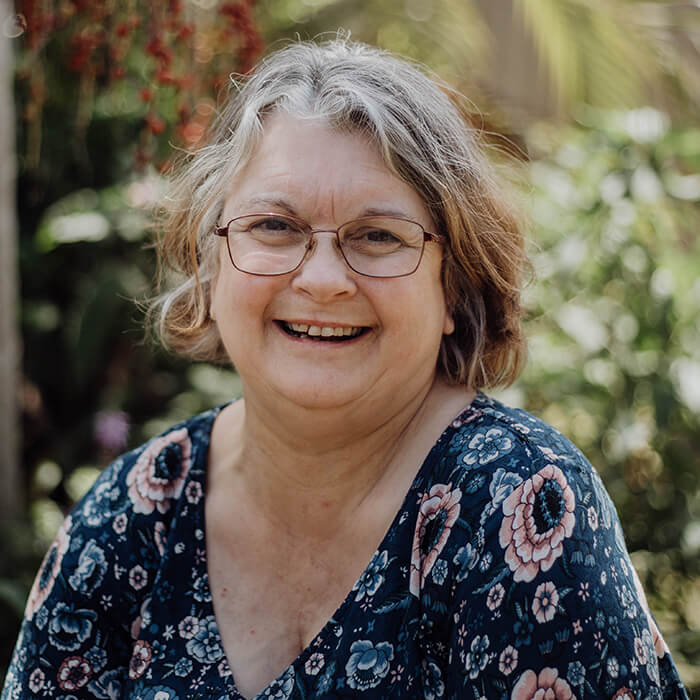 Anne is a survivor of Black Saturday. She described the trauma that continues years after the tragic event.

I think the biggest problem with those fires was the sheer number of deaths. I think we would have coped a lot easier, if we weren’t surrounded by so much death. And in small communities that’s really obvious. It’s like looking at someone with a mouth full of missing teeth. It doesn’t matter how much they smile, all those teeth are still missing.

You look across the road and you’re looking down through the bush. And that is where the houses were where four people died.

Anne explained it was years later that people sat back and considered the devastation. She noted there were a lot of services provided for counselling immediately after the fires, but people were busy after the fires: finding somewhere to live, organising insurance, deciding whether to rebuild.

It’s the two and a half to three years when everyone finally stops and sits down. That’s when the mind takes over and when you start to really struggle. You survived the fire, you survived the rebuilding, now you are sitting there and it’s not the same as it was before. It’s nowhere near it.

Anne said it was important to have services such as Centrelink, the Department of Health and Human Services and the local council located close by and working in a combined effort for at least a year after the fires.

The services need to be face‑to‑face in a one‑stop‑shop. There is a limit to what you can do online if your computer has been destroyed.

She explained that staff from Centrelink moved into the area temporarily and their connection to the community was important.

They had offices in portable classrooms behind the library at Kinglake and that was great, especially as we had so many damaged people. The thought of having to go to Centrelink every time to explain, ‘I’ve lost my husband’, or being asked ‘why aren’t you looking for work?’, well, I’m homeless. You did not have to explain and justify yourself over and over.

While support services were provided to the community, Anne said not everyone recognised they needed help, and the services were not always provided at suitable times.

There are lots of support groups formed afterwards. There is a lot of peer support and counselling offered through formal groups such as CFA, but a lot of people, especially people not part of those groups, don’t realise they need it. This is especially true of the men – for many of them, all they had left was their job and then on weekends when they were home, no services were available. Support services need to realise they must be available seven days a week.

Anne also noted that the stress and trauma following bushfires can mask symptoms of other, more serious diseases.

We all know we’re stressed, so every symptom we have we put down to stress and we don’t go and get checked out. It’s not just a mental impact, it’s a physical impact.

Anne said that humour helped people through the darkest days.